Many couples have been left shocked after a Birmingham event company started the process of liquidation. 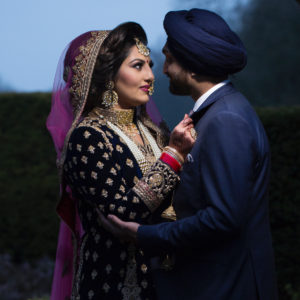 Monsoon Venue Group, in West Midlands, caters for Asian weddings. Since the pandemic the company has struggled to stay afloat during the pandemic.

However customers say they been refused refunds and now risk losing thousands of pounds.

In a statement on its website, the company said it had “exhausted all avenues” to sustain the business.

The company stated on their own website that it had exhausted all avenues to sustain and continue the business.

It pointed to the “devastating impact of Covid-19 on the wedding industry” and said the decision to appoint insolvency practitioners had not been taken lightly.

In the meantime, Monsoon Venue Group said it had ended “all means of contact with the business” leaving bride and grooms wondering what it means for them and their dream wedding.

A statement from the appointed Insolvency Practitioners stated that a new statement will be published towards the enf of January. If you are affected by this you can contact them directly at karina.sullivan@btguk.com

Before Covid-19, British Asian weddings were traditionally lavish affairs, with multiple events that would often attract 300 or more guests. However restrictions cut guest lists to no more than 15 over the summer.

Last month, Labour called on the government to provide more support to the wedding industry, saying it had been “left out in the cold”. As of yet most of the wedding industry is being told that they are not being forced to closed but without wedding being allowed are left without an income.